07 Sep Why is Silk an Expensive Fabric? 6 Reasons Why! 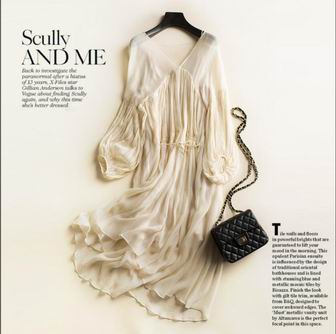 All around the world, no matter where you go, when you place your hand on a garment made of silk, you are bound to hear prices which may seem a little pricier than your average fabrics. Ever wondered why is that so? We have all heard about how silk is an expensive fabric but the reasons behind it being a prized possession are known so little.
Why Should You Know Why Silk Is Expensive?
You must be wondering about the reasons why you should know that silk is pricey than other fabrics. First and foremost, if you know how silk is produced, you will understand the higher quality of yield it has.
Secondly, the entire process of producing silk is long and requires much effort in manufacturing. Hence, this knowledge will help you in making informed decisions about the cloth you are going to buy.
And last but not the least, it will help you differentiate between original and fake copies of silk which are readily available in the market. Which is why, you will not hesitate to pay a higher price for an original piece of cloth. Little knowledge may be dangerous but having no knowledge at all can lead you to misinformed choices that you may regret for a long period of time.
6 Reasons Why Silk is an Expensive Fabric
1.Silk Is One of The Oldest Fabrics Known to Man
From the times of the ancient era when a lot of efforts were being made in the world of fabric and textiles, Silk was discovered around 8,500 years ago by a Chinese set of people. This reality makes silk one of the oldest fabrics known to man! Owing to the fabrics luster and texture, silk became instantly popular with the emperors of China. Silk was used as a royal piece of clothing for personal use as well as gifts to other royal people.

2.Naturally Produced from Silkworms
This is the core reason why silk is expensive than your average piece of cloth. Silk is carefully crafted from an insect, mostly a silkworm which produces a protein, made up of ‘fibroin’. The purest form of silk is produced from the cocoons of the larvae of mulberry silkworm. While silkworms remain the primary source of production, for mass scale production, silk of moth caterpillars is largely used as a secondary source. The difference between these two types is not very evident to a layman as both are pure forms of silk. The natural production of this material automatically takes this fabric a notch above the rest which are synthetically manufactured at large.

3.Time Is Money & Takes A Lot of Time to Yield
Another most important aspect as to why silk is an expensive fabric is because it takes a lot of time, patience and controlled care to yield silk from insects. Since this is a natural process, no amount of chemical induction or synthetic methods can be used to speed up the process of mother nature. Hence, when something takes so much time to produce, the exclusivity of it naturally rises above the rest. It is not only the production of the protein that requires time but the entire process of cleansing, molting and bringing the raw material into final form is tedious, exhaustive and peculiar.

4.Cost of Cocoons Per Pounds of Silk
As extracted from Suekayton, ‘It is interesting to note that one ounce of silkworm eggs contains 40,000 eggs (1,500 eggs per gram). These worms will eat 3,500 pounds (1500 kilograms) of mulberry leaves and will spin cocoons which will produce 18 pounds (8 kilograms) of silk thread. It takes 1700 to 2000 cocoons to make one silk dress!’ Hence, when such an extensive cost is paid to produce silk, why wouldn’t it be charged a premium?
While some animal rights foundations around the world have risen eyebrows over the compromise of silkworms for material gains, the subject never picked critical acclaim since long-term efforts to breed and care of silkworm farms are being done all around the world.

5.Silk Is Second Human Skin
Unlike any other fabric in the world, Silk is made of protein. The human body comprises of a minimum of sixteen percent protein which is found in hair, skin and nails the most. Hence, silk is known to the second skin for man since the production of it is from a form of protein from an insect. Hence, the benefits of wearing silk are manifold. Silk is also eco-friendly and does not harm the environment. It is also believed that silk has the same smell when it burns as of burning a human hair.

6.Silk Is A Biomaterial
Biomaterial means that a material that does not cause harm to the organic world but is rather, supportive and tailored towards better adaptability. Silk is used extensively in the field of medicine especially for surgeries since it does not react with the body’s enzymes rather supports the healing process without causing allergies and infections. This makes it a highly in-demand fabric and thus, elevates prices all around the world.

Now that you know why silk is expensive, if someone tells you to get a cheaper bargain, don’t fall prey to the trap. There is no such thing as ‘cheap silk’ because of all the factors mentioned above.

Pure silk will always be a premium fabric which can be altered into different designs, colors and patterns. You must know how to differentiate between an original piece of silk woven through organic means and a fake piece of silk which is synthetically produced to lure you in.

So, get your hands on the most authentic and professional services in the world of silk and silk products through Cashmere Silk Home (http://www.cashmeresilkhome.com/) and Cashmere Silk Maker (http://www.cashmeresilkmaker.com/) who excel is the production of high quality, original silk along with intricate designs, patterns and ideas which stand out from the crowd. It’s always better to be informed than to be fooled!